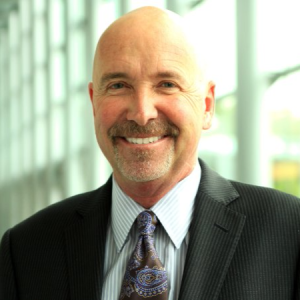 A few months ago, The International Federation of Robotics announced that “Global industrial robot sales doubled over the past five years.”  While this is no real surprise to most of us, what is surprising is that none of them speak the same language. For the most part, the industrial robot industry is still stuck in the proprietary mindset reminiscent of the computer industry of the 1980’s, at the great expense of their customers

Realizing that some of you don’t know much about the computer industry of the 1980’s, here is a brief summary: It sucked.  And I’m not just talking about computers being huge and slow, the bigger problem was that every computer manufacturer built their computers with a proprietary operating system and programming language.  You literally had to buy all the software you might want or need from the computer manufacturer or write it yourself with their language(s), meaning it would only work on one type of computer.  Needless to say, innovation was painfully slow.  But the computer vendors were happy to force their customers to buy all of their software solutions from them.  And everything was really expensive.  And pretty horrible.  And customers had no other option.

Fast forward almost 50 years…and…you’re kidding me!?  There is still a huge industry basically doing the same thing.  Each industrial robot is loaded with sensors that gather a huge amount of data about the state of each robot at all times.  Temperature, torque, amps/current, and more are gathered for each robot axis.  The robot telemetry is gathered and all kinds of alerts are generated if thresholds are reached. These robots can literally generate GBs of data each day.  Yet, most of this data remains inaccessible to the customers themselves that actually own the robots, locked in a proprietary format behind a secret communications method.

Of course, this is by design.  To get this data, the customers have to pay the robot manufacturers for software licenses or subscriptions to their communications, data extraction, and data analytics tools. And like the 1980s, their proprietary software works only with their robots and is limited in functionality and design.  For example, Kuka and Fanuc have expensive predictive maintenance software solutions, but they both require all of the robot data to be sent outside of the factory to each of their own cloud data centers for processing, unlike more innovative and practical techniques such as edge-compute devices that can keep the data inside the customer’s facility.  None of these solutions talk to one another, they only work with one vendor’s robot. The robot vendors think this will force customers to standardize on their robots.

It is really quite astounding, given that almost every manufacturer has more than one robot vendor in their factory.  Large automotive manufacturers and their suppliers usually have 3-4 different robot vendors in each factory.  Over time, one manufacturer will develop something new in their robots that make them better for certain tasks and that robot will become more successful – for a while.  Then a different robot vendor will come into favor for a time.  Result?  No standardization.  Plus, the customers don’t really want to become beholden to one robot manufacturer and lose some competitive leverage.

We at Tend believe this backward industry needs to be prodded into the modern age.  Tend has spent the last year adding support for different robot manufacturers into our monitoring, alerting, predictive maintenance and robot data analytics tools.  Tend’s mission is to become truly robot agnostic, providing the world’s best smart robot factory management platform that is available to all manufacturers and all the robots they use in their factories.

Even Tend realizes that no one vendor should be the only solution for robot-agnostic data extraction, not even ourselves.  In order for the democratization of all robot data, allowing customers to integrate all the valuable robot metrics into their Factory 4.0+ systems, standards need to be created and normalized that allow ethernet communication with every robot and to capture the entire “state” of a robot in a common format.  This is our industry-altering goal.

To this end, Tend is calling on other robot manufacturers, IoT software companies and industry leaders to work with Tend to create an Open Source project to accomplish this goal in 2019.  Let us know if you agree and would like to join us in making this goal a reality.